In November 1899, in the tract Karashungul, the first fountain hit from a 40-meter-deep well, laying the foundation for the history of Kazakhstani oil. An oil field of really high quality oil was discovered in Dossor In April 1911, which caused a stir on a global scale. Two years later, the Makat field was discovered in the Guryev region. By 1914, more than 200 thousand tons of oil was produced in Makat and Dossor.

Pack caravan of an oil exploration team in the steppes of Western Kazakhstan. In 1917, after the October Revolution in Russia, all industries were nationalized. In 1922, the “Embaneft” trust was created and the Oil Field Governance of the Ural-Emba region was formed. Since 1926, rotary drilling and geophysical exploration methods have been applied at Emba. The Guryev-Dossor railway is put into operation, to export Dossor oil.

During the WWII years, in order to compensate for the temporary cessation of the oil districts of Maykop and Grozny, the most important task was to boost oil production in Kazakhstan. All the years of the war, oil workers of the Ural-Amybinsk region worked 12-13 hours a day without days off, extracting thousands of tons of oil and supplying fuel to the Soviet army. Emba oil has become the contribution to the victory over fascism, which nobody can deny.

The next decades became a new round in the history of Kazakhstani oil development. At an accelerated pace, reconnaissance was underway on the Mangyshlak Peninsula. Systematically, kilometer by kilometer, its southern region was being studied and drilled; an intensive search for new deposits was ongoing.

Volumes of oil export to the world market actively grew. The USSR, aiming at getting higher ranks in the overall ranking, became second. The entrance of low-cost Soviet oil on the market forced other oil companies to lower their prices.

The Karsak, Prorva, Martyshi, Tanatar, southwestern Kamyshitovoe and Kenkiyak fields were discovered and put into development. Deep drilling started at Uzen field, the first fountain of Uzen oil was obtained.

The 70s of the last century can be called the period of major oil discoveries. The deposits Karazhanbas, Northern Buzachi, Kalamkas were discovered in a short time. By 1974, oil production in Mangyshlak reached 21 million tons per year, and Kazakhstan ranked second in the Soviet Union.

In the 90s, independent Kazakhstan began, by attracting foreign investment, to actively restore and develop its oil industry, which fell into decay after the collapse of the USSR.

An agreement was signed with Chevron Corporation on the establishment of a Kazakh-American Tengizchevroil joint venture. In 1993, for the first time in Almaty, the international oil and gas exhibition KIOGE was held, the Ministry of Oil and Gas Industry of the Republic of Kazakhstan was created, the Law on Oil was adopted, an agreement was signed on principles of production sharing at the Karachaganak field between Agip, British Gas, Gazprom OJSC, Kazakhgas and the Republic of Kazakhstan.

An agreement was signed on the construction of a pipeline with a throughput capacity of 60 million tons per year (CPC) between Kazakhstan, Russia, Oman and the International Petroleum Consortium. The national company Kazakhoil was created, all rights on Kazakhstan's participation in the development of major oil and gas projects has been transferred to them, and to the national company KazTransOil.

In the 2000s, KazTransGas JSC was created. With funds from the largest companies in the commodity sector, the National Fund was established with the aim of accumulating financial assets for future generations.

The giant Kashagan field, the largest in the world in the last 30 years, has been discovered on the Caspian shelf. The national company KazMunaiGas was established.

A trilateral Agreement was signed between Kazakhstan, Russia, and Azerbaijan on the junction of the demarcation lines, adjacent sections of the bottom of the Caspian Sea.

Today, in terms of proven oil reserves, Kazakhstan is among the 15 leading countries in the world, with 3% of the world's oil reserves. Oil and gas regions occupy 62% of the country's area, and have 172 oil fields, of which more than 80 are under development. More than 90% of oil reserves are concentrated in the 15 largest fields: Tengiz, Kashagan, Karachaganak, Uzen, Zhetybai, Zhanazhol, Kalamkas, Kenkiyak, Karazhanbas, Kumkol, Northern Buzachi, Alibekmola, Central and Eastern Prorva, Kenbai, Korolevskoye. Deposits are located in six of the fourteen regions of Kazakhstan. These are: Aktobe, Atyrau, West Kazakhstan, Karaganda, Kyzylorda, and Mangystau regions. At the same time, approximately 70% of hydrocarbon reserves are concentrated in the west of Kazakhstan.

A bit of history about the development of the oil exploration and production in the Kyzylorda region.

Oil exploration in the Kyzylorda region began in the 1970s and was carried out intermittently. By the beginning of the 80s they discovered oil, but could not immediately make a calculation of reserves.

In 1982, the state production association Yuzhkazgeologiya, Kazgeofizika and the Institute of Geology and Oil of the Academy of Sciences of the Kazakh SSR developed a comprehensive exploration program in the South Turgai basin.

In the winter of 1984, the brigade of Yu. Kamalutdinov received the first fountain oil inflow.

In 1986, the Kumkol capital construction department was established in Mangyshlakmunaygaz. In June 1987, an oil rig was installed to drill the first well at Kumkol. At the same time, the Order of the USSR Ministry of Petroleum Industry No. 413 “On Accelerating the Development of the Kumkol Field in the Kazakh SSR” was issued.

On July 9, 1987, USSR Oil Minister Vasily Dinkov signed a decree establishing the KumkolMunai oil and gas construction department, which is managed by Mangyshlakmunai.

On December 24, 1987, the Kumkolmunay Office (KMO) was established in the city of Kyzylorda, under the leadership of M. G. Salamatov,.

On May 9, 1990, the first ton of oil was sent to the Shymkent Oil Refinery via the Kumkol-Karakai oil pipeline.

On December 4, 1996, the Cabinet of Ministers of the Republic of Kazakhstan sold Yuzhneftegaz JSC to Hurricane Hydrocarbons Limited for $ 120 million.

Thanks to the invaluable work and significant contribution of the pioneers, Kumkol, today, has become the treasure of the “black gold” of Syrdaria.

Share of companies in oil production of the Kyzylorda region for 2017.

This year, Kazakhstan is celebrating the 120th anniversary of the oil and gas sector. In honor of this anniversary, various events were held, both at the republican and regional levels.

In the framework of the XII Kazenergy Eurasian Forum “Kazakhstan Energy Week” , this significant date was marked by a special meeting in honor of the anniversary. The honorary guests of the event were Askar Mamin, Prime Minister of the Republic of Kazakhstan, Mohammed Barkindo, Secretary General of OPEC, Kanat Bozumbayev, Minister of Energy of the Republic of Kazakhstan, Akhmetzhan Yesimov, Chairman of the Board of NWF Samruk-Kazyna JSC, Oulavur Ragnar Grimsson, former President of Iceland. Historical photos and videos were shown on the development of the oil production sector in Kazakhstan, labor veterans were noted, and plans for the future were announced. 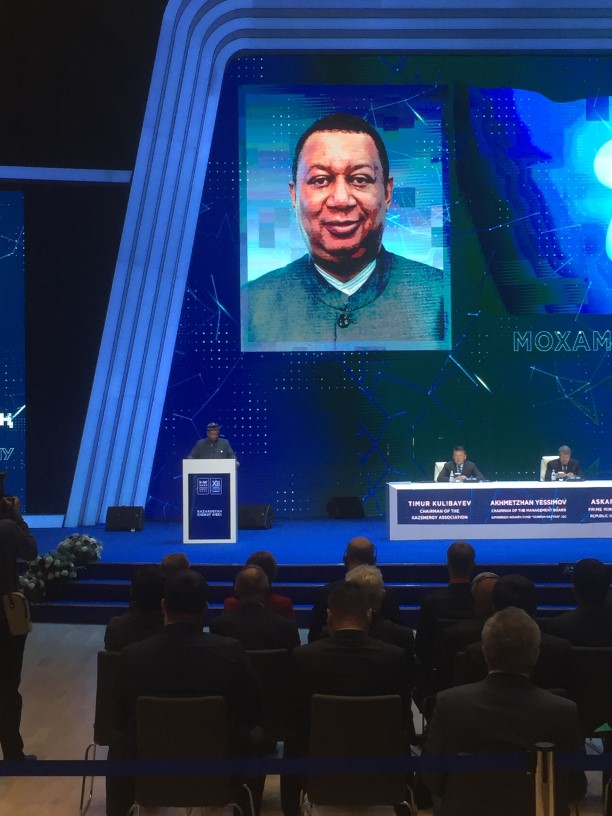 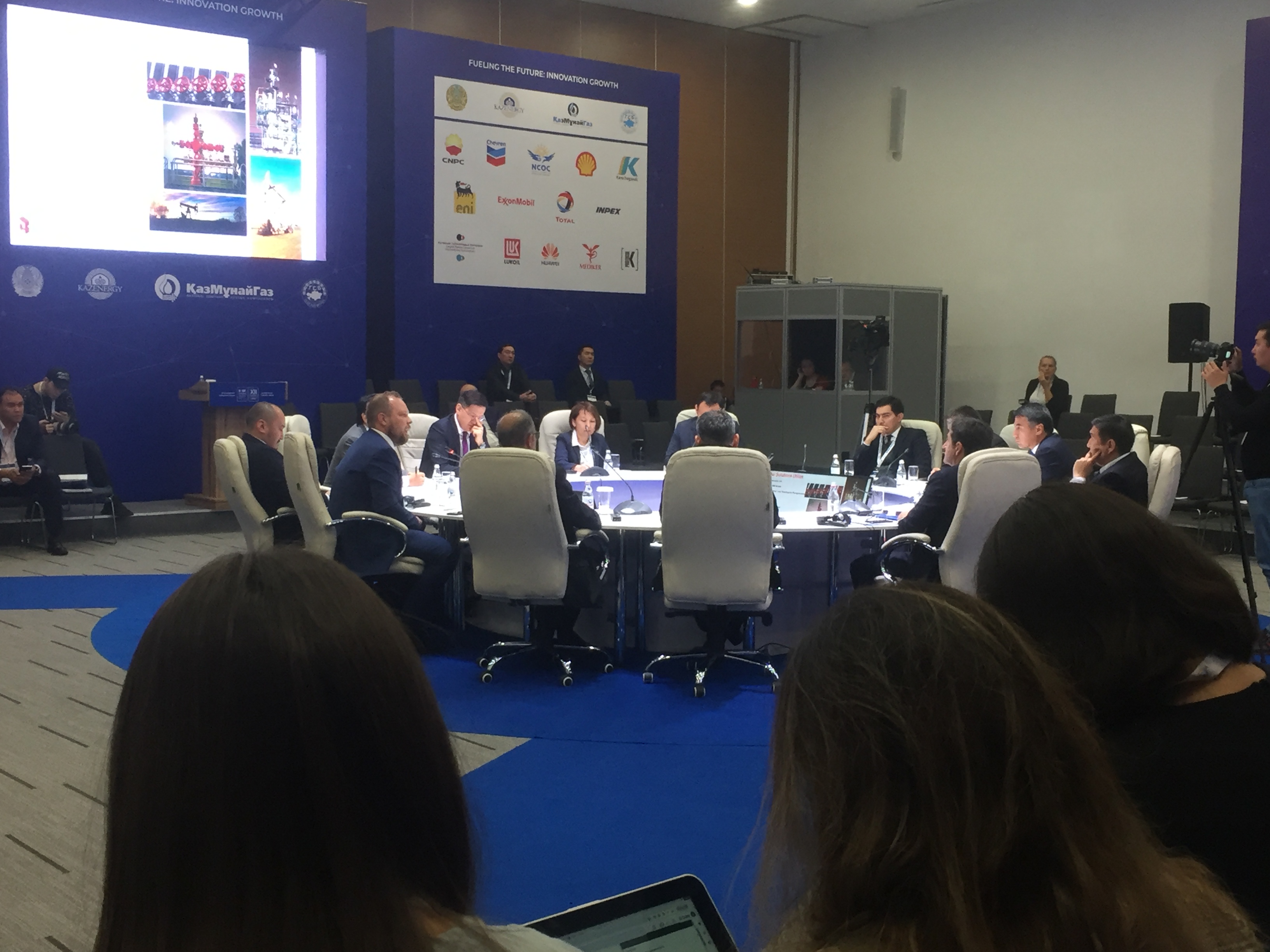 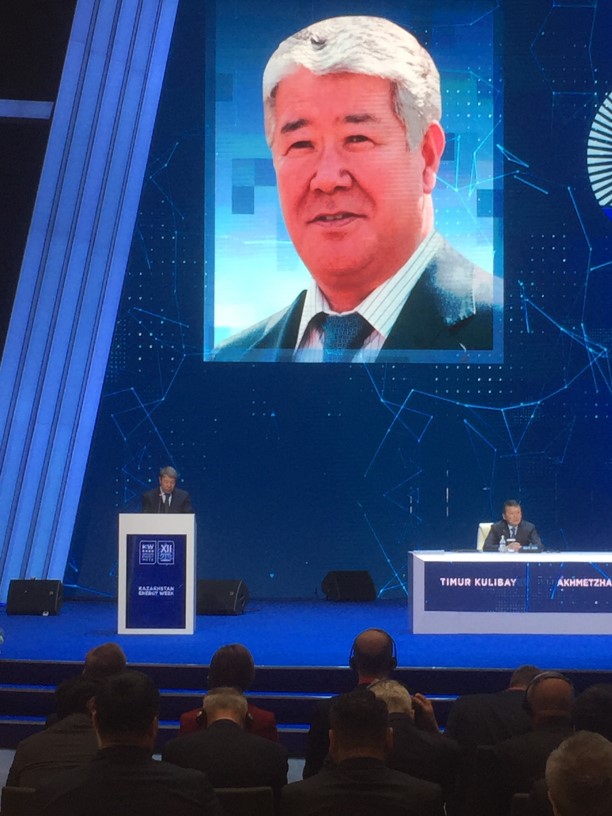 A solemn meeting was held at the regional level by the regional akimat, where distinguished workers of the sector were awarded with medals and diplomas. From the Ministry of Energy of the Republic of Kazakhstan, 8 people from our company were awarded medals:

From the Kazakhstan Association of organizations of the oil and gas and energy complex "Kazenergy" Tazabekov E.K. received a medal, Қayypov E.Zh. and Myrzataev T.K. received diplomas, and Ibraev A.A. and Kebadze O.M. received letters of thanks. 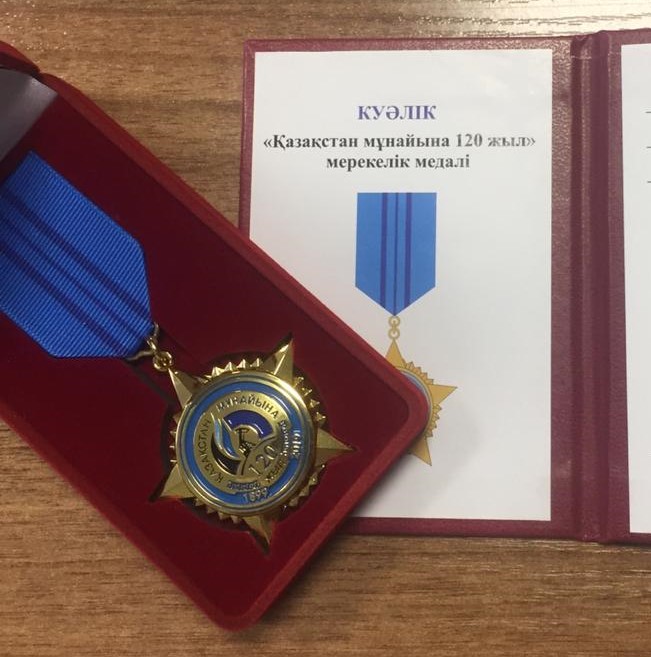 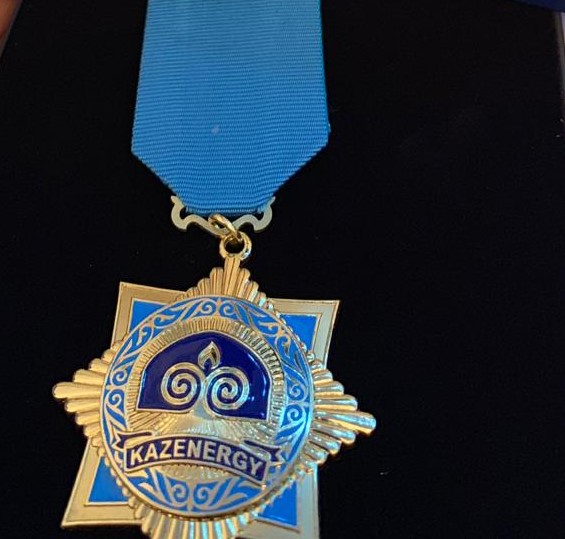 Congratulations to all of you on this significant day – the 120th anniversary of Kazakhstan's oil and gas sector. We wish you success in all your endeavors and prosperity to you and your families. The company, with your help, is confidently moving in the chosen direction – to become a leading company in the Kyzylorda region in the oil and gas industry and the champion in cost reduction.

*The report used rare photographs from the state archives of the Republic of Kazakhstan and Russia, personal archives of oil workers and the work of modern Kazakhstani photographers.

Celebration of the New Year

New Year is one of the most beloved and long-awaited holidays of the year. On the eve of the New Year, we try to sum up of what has been accomplished, analyze our work, note achievements and make plans for the future.

Kindness is a miracle

For regular people, the happiness of their child is the most important thing.
Almost all people strive to provide everything necessary for their child.